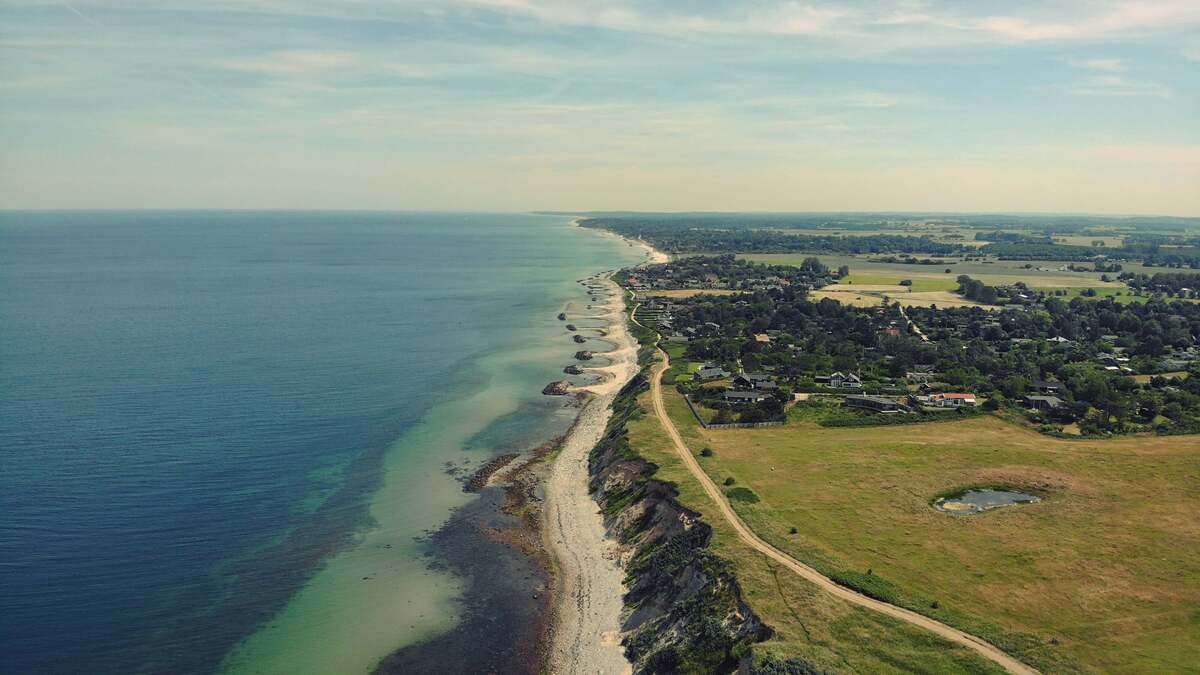 Inevitable as they are, disasters are, symbolically, the epitome of natural occurrences. By their innate virtues, disasters sow the seeds of loss. The nature of the disaster determines the extent of the failure, resulting from the loss of life, property, vegetation, infrastructure, and significantly more. The inescapability that comes with disasters induces the establishment of provocative safety measures. Revolution in the space of disaster management and control is immensely required and acknowledged concerning technological advancements.

In its essence, Disaster Management has posed to be one of the most significant burdens and challenges of the government sector. The intrinsicality of disaster management chiefly depends on the immediate actions and measures taken towards relief—the nature and degree of the disaster call for disparate safety measures that ultimately decide the affected fate. Innovative prospects and developments help us comprehend the intensity of the disaster through various tools and techniques. In this sense, technology dives into the disaster's core to provide resourceful measures towards aid and relief from the disaster. On the scale of progress, disaster management has witnessed a significant rise in drone technology. Unmanned Aerial vehicles (UAVs) bring about thrilling merits that include time-sensitive results along with accurate data. 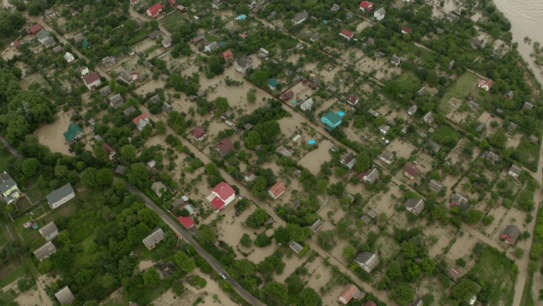 Transcending conventionalism in disaster management and control, technological reinforcements entail growth and progress towards safety. While reiterating the possible measures that ensure protection, it becomes imperative to understand the disaster and its causes. Public safety is one of the government's gravest concerns, developments in disaster control, relief, and aid bring immense value to the same. Critically, the substantial amelioration brought about by technology for disaster control further improves the affected conditions. More so, the adoption of drones, quadcopters, and UAVs progressively assists in managing and maintaining the public during such tiring times.

Remotely Piloted Aerial Systems (RPAS), commonly known as drones and UAVs, promote immediate aid to the affected because it accounts for speedy relief. The bountiful features that constitute drones are proficient in their space to offer undeniable support. The significance of employing drones to grant help to the needy and affected efficiently has raised the standard of disaster management by drastic degrees. 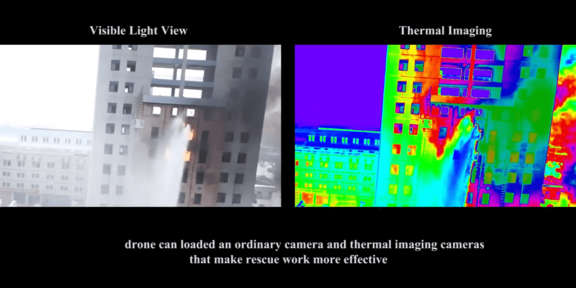 It is essential to understand that while disasters are mostly natural, drones can control the disasters' aftermath. The extent of effect and impact can be kept in check by continual monitoring. In relevance, it is indeed dependent on the responsiveness of the government and relief organizations. Drones have the unbound potential to carry out safety measures in the form of data collection, GPS tracking, 3D mapping, aerial surveying and monitoring, and appreciably more. Establishing convenience, these technological assets alleviate the burdens of disaster control with the profound nature of drones. Embodying agility and dexterity, drones also account for tracking advanced information and alerts, provoking the government and citizens to be prepared. As most disasters are unanticipated and unforeseen, immediate response proves to be the most effective method to tackle and cope with the different types of disastrous occurrences. Respectively, these efficacious winged machines support the deliverance of relief through their copious functionalities.

Applications Of Drones For Disaster Management 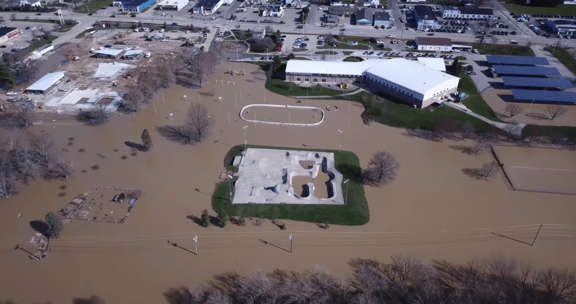 Drones have seen the light of day by efficiently enhancing the development of large industries and sectors. Their application in these distributed fields has helped give them an edge of excellence over other technological automation. Inherently, drones are highly adept and qualified to offer their support and skill due to the inbuilt features in speed, swift maneuverability, time-sensitivity, GPS tracking, mapping, and cost-effectiveness, to name a few. Vitally, UAVs' ability to entail real-time aerial imagery and surveillance builds the possibilities of live tracking to comprehend the ground situations. Acutely, quadcopters and drones foster and cultivate the capability to access remote areas and sites aerially, providing pressing benefits and merits. 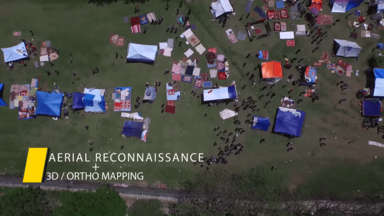 The swiftness of drones in terms of maneuverability has helped track and survey disaster zones and areas efficiently. Understandably, disasters span enormous masses of land or water, making them gigantic to scale. However, the adaptability that is tailed in by UAVs and quadcopters have aided in assessing remote locations and areas affected by the disaster. Even so, the high-resolution cameras with sharp focus help drones capture real-time images of the disaster while also collecting the relevant data. Subsequently, the data is acquired faster than helicopters or any other mode due to the smooth movement with drones' hover. The collected data can then be processed and mapped on 3D scales, fostering quick and immediate action. 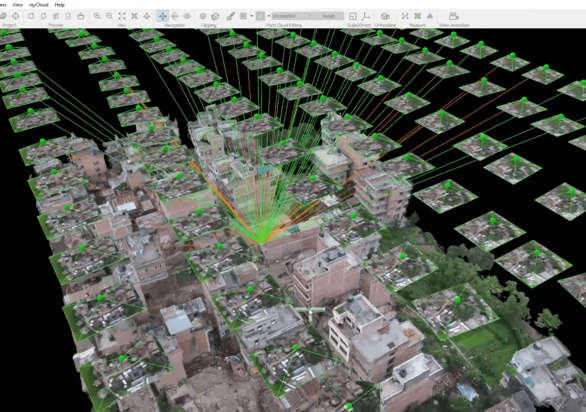 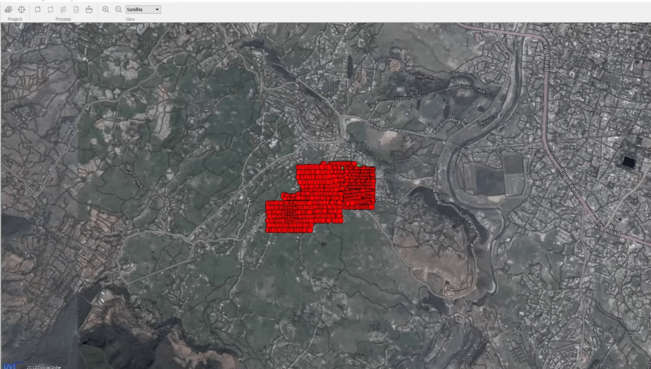 Unmanned Aerial Vehicles (UAVs) rain in amelioration with the features of 3D mapping and scaling. The space of disaster management and control has witnessed advancing techniques with the help of drones and quadcopters. Mapping on 3D scales is attributed to, primarily, acquiring data and information. In association with disaster control, data would be in the form of GPS coordinates, tracking information, aerial imagery of landslides, tsunamis, floods, forest fires, and more. These data forms are then mapped onto 3D scales that enhance disaster locations' clarity towards improved quality. 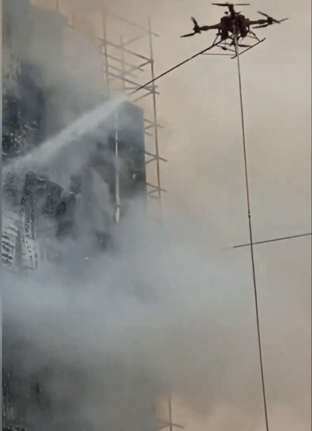 One of the most common occurrences during and after disasters is the breakthrough of fire. Forest fires or fires caused by accidents are hazardous to humankind, flora, and fauna. The measures to extinguish fires are time-consuming and cumbersome. However, drones can help alert the ground operators of potential fire to be prepared to send firemen and firefighters. In other circumstances, quadcopters can effectively stop the spread of fire by spraying water. In this way, the occurrence and spread of fire can be limited. 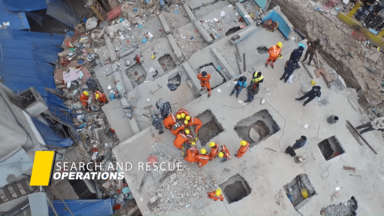 The most significant way to provide relief during exhausting and unexpected disasters is to help the wounded and injured. Drones, especially of the more significant variants, are equipped to carry human forms and lives through which drones can help immensely during disasters. Quadcopters, hexacopters, and fixed-wing drones being the more significant variants, are enabled to take the densely affected pregnant women, infants, children without parents, senior citizens, and more to ensure the safety and protection of the public. Immediate first aid is provided once airlifted to ease the pain of the injured.

Whether they are known as drones, UAVs, or RPAS, these winged machines offer adept and efficacious aid to the public. Proving to be highly effective in terms of cost, time, and other parameters, drones have managed to capture the government sector and relief organizations' attention.

We are a team of GIS Experts, Pilots, Engineers using Drones to solve real world problems.